An Inside View into a Supply Chain Attack

when The Register has something new about ... 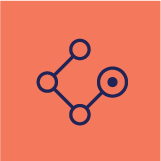 In early 2019, it was reported that one of the largest information technology outsourcing and consulting firms had suffered a major data breach.

Sources said that the breach was caused by phishing attacks that targeted numerous customer systems. Although initially the attackers were believed to be state sponsored, it later became clear that the primary goal was to obtain anything that could be turned into cash. In particular, hackers used their access to perpetrate gift card fraud.

Solutions for Supply Chain Resilience in the New Normal

In this webinar, Global Industry Leaders Evi Cohen and Jenna Harvey discuss the challenges of maintaining an effective supply chain during this difficult time.

The Future of Supply Chain Orchestration

Download this eBook to learn how organisations can meet and exceed customer expectations in this uncertain time. You’ll discover how automation can improve performance across the supply chain.